If anyone has an original iPhone and doesn’t do much surfing, I would urge you to install whited00r on it, breathe new life into your aging (but still very capable phone), and marvel at the speed of it.

About six months ago I had an urge to try out the iPhone to see what all the hype was about. I didn’t want to part with my Android to fund one, so I picked up a bargain original iPhone. It was a US model and had some pixel outages – but it fully worked.

Running iOS 3.1.2, I jailbroke it with blackra1n and set to work setting it up and using it. After only a few days I loved it, but two things bugged me. First, coming from a phone with HSDPA (high speed 3G) to a phone with only 2G, out-and-about surfing was painful. Second, there were very few apps that would still install on iOS 3. In true Apple style, they ditched original iPhone/iPod touch owners, not even giving them opportunity to install older versions of an app, as I wrote about in No Old Apps for You: Apple’s Message to Early iPhone Users.

I could overcome the second problem by installing whited00r, a custom firmware that not only brings iOS 4 and iOS 5 features to the original iPhone, but is optimised for older devices to get the best possible speed from them. 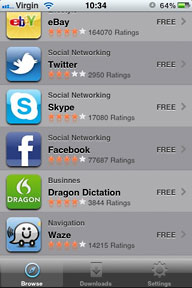 The latest version of whited00r comes with its own App Store featuring a selection of iOS 3 compatible versions of popular apps such as Facebook, Twitter, eBay, Skype, Photoshop Express, Opera Mini, and IMDb for you to install.

However, the lack of 3G was beginning to annoy me, so I searched and picked up an iPhone 3G, which I had officially unlocked by O2 UK, and began using it. It had iOS 4.2.1 installed, and within hours of using it, I began to get frustrated with it.

The speed was usable, but I don’t want to wait a minute for Facebook to load, not when the original iPhone loads in under 20 seconds on whited00r. That is a big difference. Everything lagged.

However, the addition of GPS and 3G as well as iOS 4 outweighed the disappointing speed for me, but there more serious issues afoot. My iPhone 3G could barely hold a signal, constantly saying “Searching” or “No Service” in the corner. It would pick it up again, but would lose signal at least five times a day, and after browsing around the Internet, this seems a common problem with 3G and 3GS models. Even when I did have a signal, it was barely strong enough to make a call, and then the call quality was terrible, and quite often I would lose signal in the middle of a call.

I don’t live in a great area for any mobile signals, however, I chose my current provider because they have a mast nearby, so it is better than most. Plus, while I don’t have fantastic signal all the time, I have never had such severe signal problems with any other phone.

As great an online and media device as it is, there is no point having it if it can’t perform its primary basic function. Some suggested turning off 3G to get a better signal for calls/texts, which is utterly ridiculous and didn’t make a difference to me. 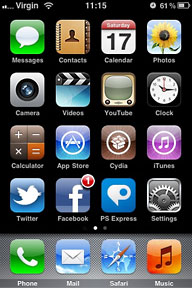 The only problem I had was that hactivated iPhones lack YouTube and push notifications, which I like to have, and I have them on my 3G iPhone, because I can activate it in iTunes. I can’t legitimately activate my 2G, as it is an AT&T model. So with a little SSHing and and SFTPing (instructions at cmdshft), I copied the certs from my 3G to my 2G – now all I have to do is restore my 3G so it gets new certs, and both with have YouTube and push.

This only works if you can pull certs from another iDevice. Luckily I could, and it works perfectly. My 2G is now getting Twitter and Facebook badge notifications.

The last thing I need to do is enable MMS, and now I have just about everything I need in a phone.

I don’t know how long I will use this original iPhone. The lack of 3G will get to me, but for now at least I have a phone I can use as phone, and with push I am quite happy.

That is why I am back using my old original iPhone.