Commentators are busy suggesting that Android-iOS will follow the Microsoft-Apple path, but what they fail to note is that no organization can sell or license anything but a standard version of Windows authorized by Microsoft.

What Android will be is another Unix. When workstations were new, each manufacturer bought a Unix license from what became Bell Labs. Over time, each OEM added enhancements which, because they were useful, locked in their user base. So we had SunOS, AIX from IBM, HP’s HP-UX, and several more. Programs had to be ported and tested on each Unix, and many of the OEMs made proprietary software to fill in the gaps. Migration became time consuming and expensive, and only when PCs came along was it worthwhile for many organizations to move.

Android already suffers from fragmentation, with the majority of users on old versions of the OS – and carriers and manufacturers unwilling to spend the time and money to upgrade them. Why would they, when it’s so much easier to sell a new phone with a new contract?

This fragmentation is likely to increase. Manufacturers will continue to sell phones using the version of Android current when they made the design, and there will be versions of Android controlled by other organizations. In tablets, Amazon already uses its own Android on the Fire, has its own Apps Store, and doesn’t see the need to offer Google+, etc.

In China, once the new leadership is settled, the Communist Party will want to control social media as tightly as possible. They won’t want unauthorized groups organizing online, let alone flash mobs threatening their power, even locally. So no room for Google+. They certainly won’t allow Google spy-cars, so no Streetview for China. Baidu is already the dominant search engine, so no need for Google there. Google was even shut out during the recent Communist Party Congress.

The obvious extension of this is a Chinese fork of Android, so that the main phone OS is no longer under the control of a foreign company. China Mobile and the other carriers are hardly likely to object. ChAndroid can be more tailored for them. ZTE and Huawei and other local manufacturers will probably gain market share. When they want to export, they can, if necessary, install another version of Android .

To show market openness, Apple will still be able to sell iPhones and iPads. After all, only 5-10% of the Chinese market can afford them. Perhaps foreign OEMs like Samsung, HTC, and LG will be allowed to participate too.

But Google will be left on the outside looking in. 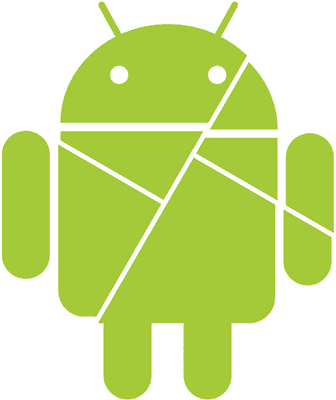 Samsung is already the dominant manufacturer, selling over 50 million Android phones in the last quarter and taking in most of the profits, leaving others like LG and HTC far behind. It closely follows the Apple model but largely owns its component supply chain and also has its own OS, Bada. It already customizes Android with its own apps and TouchWiz, a touch interface also available on Bada.

Like all the manufacturers, Samsung knows that if it can get the phones into the carriers’ shops and the phones work well and look good enough, very few customers care which version of Android they are using. They won’t be upgrading Android even if the manufacturer supplies a new version and the carrier allows it. If it ain’t broke, why fix it? Especially if you rely on your phone.

So as soon as Android is good enough, Samsung will want to lock in users and market share and profits. It can take another leaf from Apple’s book and optimize the ARM chips it manufactures, but for one version of Android. A faster Android, a better TouchWiz, and good Samsung default apps may well be enough for lock in. With good sales, good hardware, and a stable development environment, developers will come. And, just to show there are no hard feelings, if Google is the highest bidder, I’m sure Google search and maps will be available too.

Apple Dominates US Smartphones and Tablets

In the US, for each of the past four quarters, iPhones have outsold Android. With the launch of the iPhone 5, the gap is likely to widen this holiday quarter, and web stats show owners download more to their iPhones. So for US carriers and developers, they are more valuable customers – and Apple is cutting Google off from them. Google has long admitted that it makes more money on mobile from iOS, but native Google Maps and YouTube have already been cut, and the more Siri is used, the less valuable Google search is, and location based ad revenue will flow elsewhere.

The online sales figures over Thanksgiving and Black Friday from IBM show iPad (10%) and iPhone (8.7%) generating over three times the traffic of Android (5.5%). As the same ratio has come from web analytics reports over the past year, more iOS users are actually using mobile power rather than treating their new smartphone as a nicer looking feature phone.

In tablets, much has been made of analyst reports showing Android shipments almost catching up with iPad last quarter. That Apple increased sell through by 44% year-over-year (Tim Cook, analyst conference call) and was destocking ahead of the iPad 4 and mini launch seems to have been largely ignored.

Amazon is selling millions of Fires, which analysts include in the Android figures, but Google doesn’t make anything out of those. Barnes and Noble’s Nook too, has been reasonably successful but from the tablet sales figures released in the recent California trial, Samsung has made little progress. So how much was the launch at cost of the Nexus range at cost a desperation move, to try and grab some market share that Google can monetize?

In business, it looks like a straight fight between Wintel tablets and iPads where, for once, Apple holds the hardware price advantage. Most large businesses are trialing or deploying iPads already, and IT departments have long since standardized on Windows. Unless the Intel tablets with Windows 8 are compelling with much better performance and converting Windows programs to apps is easy and effective, most businesses look likely to stay with Windows 7 or XP and conventional PCs. The training cost is lower, programs will require less effort to maintain, and good hardware costs no more.

Businesses can then move to iPads where it makes business sense. In 7-8″ tablets like the iPad mini, which will be popular in areas like healthcare, inventory, order taking etc. Wintel tablets aren’t yet a comfortable, cost effective solution, and Android tablets look to be too late to the game.

The guys at Google are smart. They know the risks. They know the PC market, where Google dominates, is getting smaller as the world goes mobile. They know that if they can’t establish Nexus as a brand and get Motorola Mobility to contribute, their chances of getting more from mobile will fade as profits from PC advertising sink with the falling cost per click.

With Android, the biggest risk is that Google has given away the rope to hang itself.