Slimmer than ever, the Late 2012 iMac is the first iMac ever not to include a built-in optical drive. Apple has also managed to make the iMac’s glossy screen 75% less reflective than before. 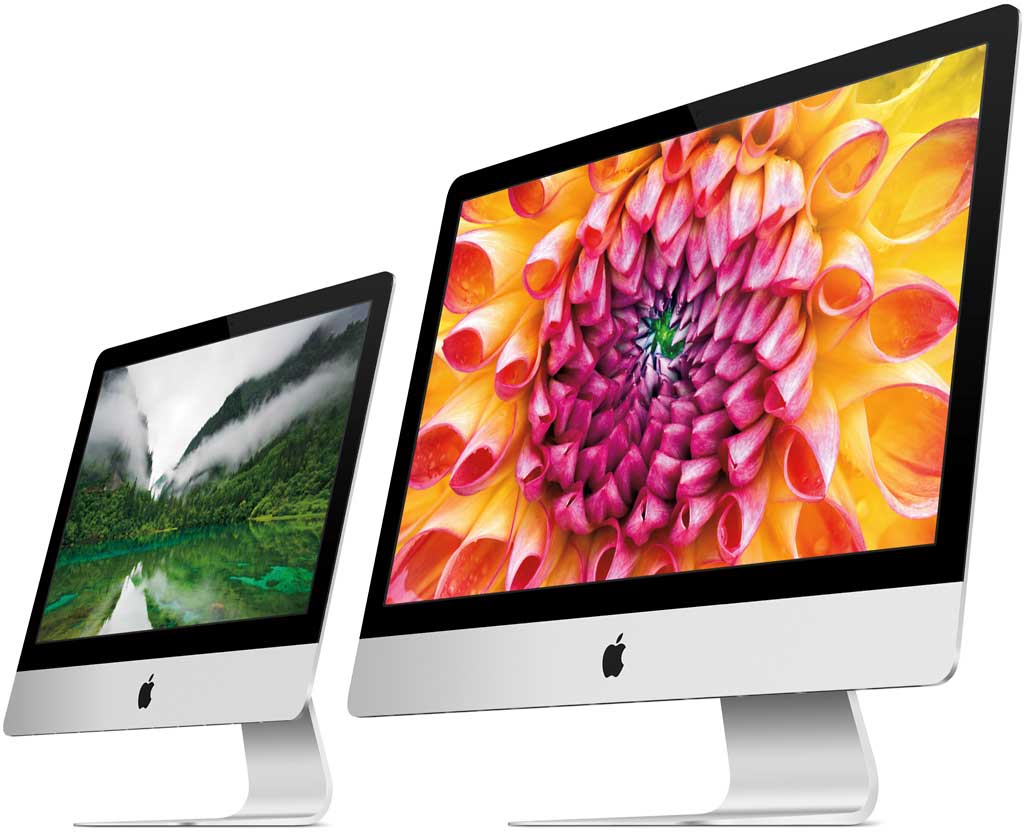 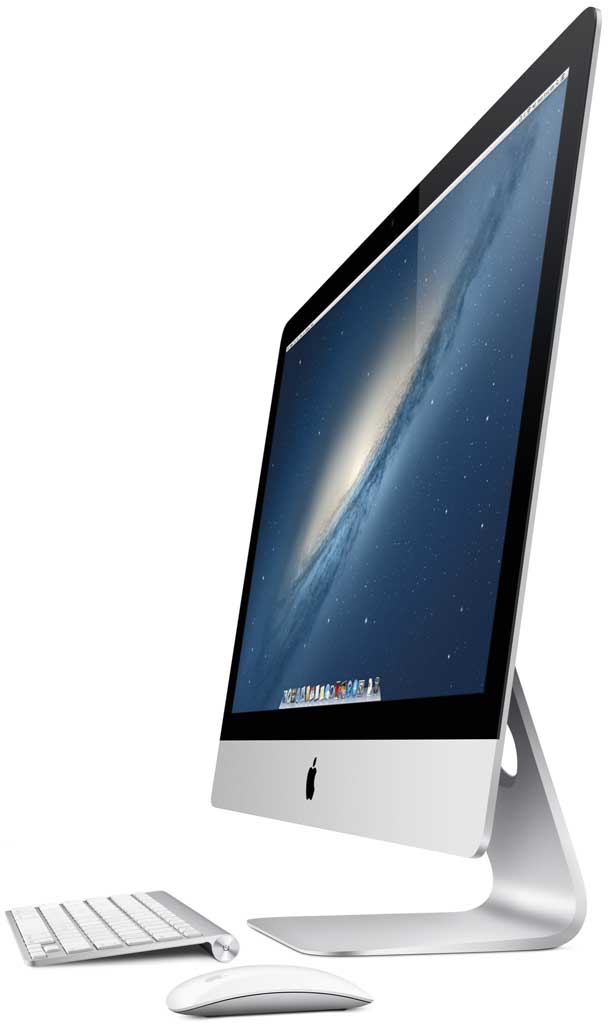 Another step forward is the use of two microphones to improve noise reduction.

If you want way more performance, look to the $300 256 GB SSD (768 GB option for 27″ model) or the new $250 1 TB Fusion Drive, which combines a 1 TB hard drive (3 TB option for 27″ iMac) with 128 GB SSD. Fusion Drive treats the hard drive and SSD as a single 1.125 (or 3.125) TB volume, storing the operating system and all included software on the SSD and initially putting everything else on the hard drive. It also reserves 4 GB of space on the SSD for use as a hard drive cache. The brilliance of Fusion Drive is that the operating system keeps track of your work patterns and will move files, data, and applications to the SSD or back to the hard drive based on that information. Best of all, this is totally transparent to the end user. To revive a phrase Apple has used for a long, long time, it just works. Maybe because this is brand new, unproven technology for Apple, there is no Fusion Drive option for the Server version.

CPU speeds start at 2.7 GHz, and all Late 2012 iMacs have quad-core processors. That’s a quad-core i5 on the standard configurations, and both sizes offer a faster i7 option for those demanding ultimate performance. All models now include USB 3 (4 ports), and the 21.5″ 2012 iMac now has two Thunderbolt ports, just like it’s larger sibling. The SD Card slot, which supports SDXC, has unfortunately moved to the back (vs. the side in previous models). The 2012 models no longer have FireWire. The smaller iMac has the same 1920 x 1080 pixel resolution as HD TV, and the 27″ beastie provides an impressive 2560 x 1440 pixels. The base 21.5″ model has Nvidia GeForce GT 640M graphics with 512 MB of dedicated memory, and the faster 21.5″ model has GT 650M graphics. The base 27″ model includes GeForce GTX 660M graphics with 512 MB of video memory, and the top-end 27″ iMac has GTX 660M graphics with 1 GB of video memory (expandable to 2 GB). The Late 2012 iMacs also have gigabit ethernet, 802.11n WiFi, Bluetooth 4.0, and ship with Apple’s wireless keyboard, Magic Mouse, and Magic Trackpad.