In the wake of iOS 6, it is easy to forget those older devices running older version of iOS (or iPhone OS, as it was previously named). Apple certainly likes to forget them quickly and move on with its shiny new beast.

A big gripe of mine is the fact that the App Store is very “latest” friendly. If Facebook (or any other developer) release an iOS 6-only version of an app, the iOS 5 version will disappear from the App Store. If you wipe your device and haven’t backed up your apps via iTunes, then you will not be able to download any version of that app (see No Old Apps for You: Apple’s Message to Early iPhone Users).

It will be a while before iOS 5 is cut off, but OS 3 and iOS 4 are already feeling the pinch of progress. 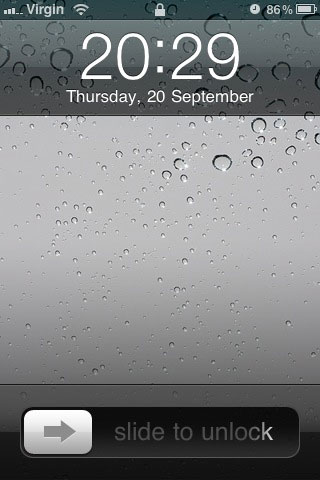 Here at Low End Mac, we cherish our older devices. As a proud owner of an iPhone 3GS running the shiny new iOS 6, it was only a few months ago that I was using an original iPhone, which stops at OS 3.1.3, and finding apps to run on it was very hard. I still have it; I just can’t bear to part with it. I am keeping it as a spare phone and a music player.

I am using the optimised custom firmware whited00r (see Unleash Your Original iPhone or 3G with Whited00r), now at version 5.2, which offers speed optimisation and multitasking – and which has its own mini App Store holding a select few of the most popular apps – Facebook, Twitter, eBay, Skype, Photoshop Express, Opera Mini, and IMDb – that will install and work on OS 3. 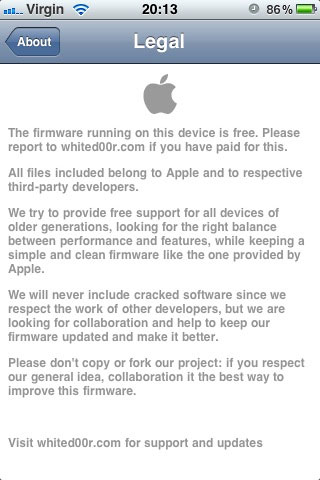 The main apps people would be looking for are covered. But what if you want something else? What if you stumbled across an app in Apple’s App Store that will run on OS 3? I am proposing to compile a list, with the help of the readers and other contributors to Low End Mac, of apps that still run in OS 3 and to maintain this list, so others can have a reference point. Please email me your suggestions, and I will check them out on my original iPhone and then add them to the list.

A new problem has arisen: If there is an app that still runs on OS 3, you won’t be able to install it directly to your iPhone/iPod touch. There is an issue with the install button not working correctly, and therefore you can’t install them from the App Store on your older iDevice, so you will have to shoehorn them in via your Mac or Windows PC and slip them into iTunes.

The original iPhone is still an impressive device, and for anyone wanting a stylish phone with emailing capability and not too worried about superfast Internet while out and about, it really is a bargain that can be had for very little money these days.