The iPhone has been around since 2007 and been revised and upgraded a number of times, but with the iPhone 4S being so advanced, is there room for the original iPhone in 2012?

The short answer is yes. But it does depend on what you do with it and what you want a smartphone for.

When It Was New 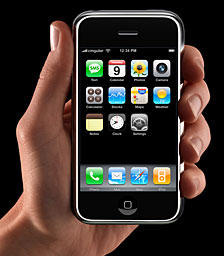 When Apple launched the iPhone in 2007 (announced in January but not available until the end of June), it didn’t feature the most up-to-date hardware, which is unusual for Apple, as the iPhone commanded a high price ($599!) and Apple usually backs this with top-end specs. However, the original iPhone only packed a fixed focus 2 MP camera, no front facing camera, no 3G, no GPS, Bluetooth only for audio attachments, and no on-device file management (everything was controlled with iTunes on your computer), and the processor was average.

Other phones on the market at the time had higher resolution cameras with autofocus, some had front-facing cameras, most had 3G, a lot had started adding GPS, and Bluetooth file transfer and on-device file management had been a long-standing thing for mobile phones.

With the difference in specs, it is a wonder that Apple managed to get into the mobile market. The lack of features put me off even more than the absurdly high price tag. A little over a year later Apple rectified some of this by launching the iPhone 3G, which was basically the same phone with 3G and GPS added. Same camera, same 412 MHz processor (underclocked from 620 MHz to improve battery life), same RAM.

Fast forward to 2012, and the original iPhone has a serious lack of features compared to modern smartphones and modern versions of the iPhone. However, it does not mean the original iPhone should be consigned to the bin. After all, this is Low End Mac, where we strive to keep older hardware going.

Mobile phones these days are adorned with fancy features that pull you in to buy them, but after a few months have a look back at how many times you used those features, and you will be surprised. Essentially, these are still portable telephones with extra features, and that is what we should remember.

The original iPhone can call and text. No problems there. It can sync contacts, apps, music, and calendar entries via iTunes from Mac OS X 10.4 Tiger on PowerPC Macs all the way up to OS X 10.7 Lion on the latest Intel Core i7 Macs. No problems there.

It also functions as an iPod without any issues.

Fine for Email, Okay for Photos, but Browsing Can Be Slow

What else do you use an iPhone for? Email, Web, and social networking.

Let’s look at emails first. Pulling in emails over a 2G or EDGE network is perfectly fine for emails without attachments; it is only when you start receiving large attachments that it might struggle. However, if your iPhone is set to automatically pull them in, it can work in the background and be ready to read when you are.

Web browsing? This is an area where the original iPhone suffered badly when it was released, and nothing has changed since. Safari on the iPhone is about as close to a real desktop browser and browsing experience as you will get on a mobile phone – others devices try to render pages in a mobile-friendly way to reduce file size and bandwidth. Browsing pages on the original iPhone is quite slow. Not to the point of frustration, but not far from it. The same goes for social network apps that require a lot of info, like Facebook. This can be quite sluggish.

However, the original iPhone does have a trick up its sleeve. It has WiFi, which is great for when you are home, in a hot spot, or at a friend’s house, and this really improves data speed.

Professional photographers scowl at mobile phone users. In the early days of camera phones, the cameras were very poor resolution, but these days you can have a massive 8 MP camera with anti-shake, auto focus, blur reduction, face detection, and the list goes on, but it is not always the megapixel size that determines picture quality. The original iPhone (and the 3G) only had a 2 MP fixed-focus lens and no flash, but it was good enough for quick snaps or Facebook photos, and that is what it was designed for. Not for replacing your professional camera kit.

No More OS Updates from Apple

The penultimate point to remember is operating system versions. The original iPhone stopped at version 3.1.3, which compared to the first two was amazing and added a lot of much needed, much requested features. The 3G stopped at 4.2.1, and the 3GS, 4, and 4S all run the latest version of iOS 5. There are a lot of apps that require iOS 4 or above (some already needing iOS 5), so bear this in mind that if you are a heavy app user – you might find yourself not being able to install what you want, or at least the latest version of that app.

The final point to remember is that the original iPhone in the UK was only on the O2 network, so to use it on anything else (except Tesco and GiffGaff, as they are subnetworks and run off the O2) you would need it officially unlocked, which will cost you, or jailbroken.

The guys over at whited00r produce some custom iOS 3-based firmware for the original and 3G iPhone. whited00r brings features of iOS 4 to these older phones, and there is also a beta of a new firmware bringing some of iOS 5 features. This is worth a look, and it also offers a carrier unlock.

You can pick up first generation iPhones very cheaply, but there are a few things to look out for and remember. This is a 5-year-old phone, so cosmetically – unless it has been well looked after or kept in a cupboard – it is going to have wear and tear marks and possible scratches on the screen.

Keep an eye on the battery life, as after five years it might not be as good as it should, iPhones were never awesome on battery life in the first place, and the batteries are not easily removable like other phones. The screens can develop issues such as dead pixels, and a common thing is the portion of the screen where 7, 8, and 9 are on the dialer can become unresponsive. Keep an eye on dead, dodgy, or failing home, lock, and silence buttons, as these can go.

I, for one, love my Android phone. I have had an iPhone and then went back to Android, but part of me would love to pick up an original iPhone and give it another go. I use my Android for emailing, Twitter, Facebook, and texting mainly, with a small amount of calling. I am not a heavy app or game user.

In conclusion and to answer my initial question, is there room for the original iPhone in 2012? If you do little browsing while out and about and don’t install lots of apps but want a smartphone for emailing and tweeting on the go that doubles as a great MP3 player, then the original iPhone might be for you.