Mac Blu-ray Player has been around now for a little over a year, but until the UJ-267, which I recently reviewed, and the UJ-167, which both arrived mere weeks ago, there were no internal Blu-ray drives for the Unibody MacBook Pro. This limited Blu-ray playback to external drives on these late model portables, which needless to say isn’t an ideal solution if you are traveling. Obviously, for desktops, an external solution isn’t as big of a problem, so with that said for the purposes of my discussion and review of Macgo Blu-ray player, I would like to focus on the experience it provides users of portable machines. My test machine is a 2.3 GHz 17″ Core i7 (quad core) February 2011 MacBook Pro, and the version of Macgo Blu-ray Player as of this writing is version 2.4.0. 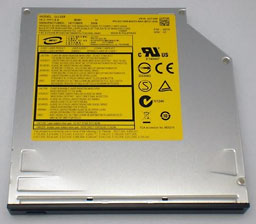 Since Macgo’s initial release last year, pre-Unibody 17″ MacBook Pros running a Core 2 Duo could have potentially been early adopters of internal Blu-ray drives and the Macgo Blu-ray player, giving the full convenience of portable Blu-ray playback on the MacBook Pro since the first version of Macgo’s player. Several of these Core 2 Duo MacBook Pros meet the recommended 2.4 GHz Core 2 Duo minimum specs for the Mac Blu-ray Player and, in addition, are able to take a 12.7mm slot loading optical drive (12.7mm slot-loading Blu-ray drives such as the Panasonic UJ-225 have been on the market since late 2010).

Pre-Unibody 17″ MacBook Pros have been able to take advantage of both internal Blu-ray drives and Mac Blu-ray Player since their respective introductions due to earlier (non-unibody) 17″ MacBook Pros being able to accommodate 12.7mm height optical drives.

Unfortunately, 12.7mm optical drives just won’t fit into other portable Macs besides the aforementioned 17″ machines. The internal clearance for a 12.7mm optical drive just didn’t exist, and these Macs needed to wait until the brand new 9.5mm drives arrived to also take advantage of an internal Blu-ray solution. This gave Macgo Blu-ray Player a limited audience initially for those who wanted convenient Blu-ray on the go, but with the release of the new 9.5mm slot-loading Blu-ray drives, the doors have completely opened for every portable Mac to have an internal Blu-ray drive. Just don’t forget the recommended minimum specification of a 2.4 GHz Core 2 Duo or you may not experience ideal performance for Blu-ray playback.

Mac Blu-ray Player: The First and Only of Its Kind

With drives and portability aside momentarily, Macgo Blu-ray player remains the first and only easy way to play commercial Blu-ray discs in Mac OS X, whether with a Mac desktop (which would be more ideal for external drives and larger full-sized internal desktop drives) or a MacBook Pro. I am fully impressed with how far the technology has come since its introduction over a year ago, making it a viable purchase for anyone using a Mac who may want to take advantage of Blu-ray playback.

Originally reported as somewhat buggy last year, the folks at Macgo have been hard at work improving and perfecting this product. As of late, there seems to be a stronger than ever effort to continue updating the software as seen in the version history with the numerous recent updates (currently at version 2.4.0 as of this writing).

Mac Blu-ray Player offers full no-frills playback of the main feature. The menus and most special features are not supported at this time, but this is a small gripe considering that most people just want to watch the movie. During the main feature playback, the sound is crisp, and the picture quality is amazing – obviously much more impressive than DVD or Standard Definition Digital (more on that in a bit).

Social media integration is another thing that Macgo would like to take advantage of when watching a film. You can make a Tweet from within the application while the movie plays. You are also supposed to be able to post to your Facebook wall. Unfortunately, I was unable to see any posts to my wall on behalf of the application after granting the proper permissions to the App, typing up a wall post, and getting the success message. The good news here is that in versions prior to 2.4, I was not having success with Twitter integration either, but it appears that this has been addressed, and Twitter posting works just fine now. Fixing some of the social media integration is a good example of the concerted efforts of Macgo, continuing to take steps in the right direction towards becoming a complete and full-featured application with all the trimmings!

Last worth mentioning are numerous setting changes from aspect ratio to video fine-tuning to closed captions, etc. There is even a built-in snapshot option for getting a quick still of the video you are watching to make some fun pictures. This adds to the overall package by giving you some customization depending on the screen type you may have.

Still a Ways to Go…

Mac Blu-ray Player is quite good for what it’s worth, but it still has a ways to go before I could give it a higher recommendation. I’m sure that continued updates will address the remaining issues, but as of this writing there are a few things that Macgo needs to prioritize that are advertised functions that do not yet work properly:

When any of the current minor issues with Mac Blu-ray Player are taken care of, it will clearly make a fairly competent piece of software excellent. I’m sure Macgo is hard at work doing exactly that. With that in mind, I would like to pose a few other things I believe could enhance future versions even more (Full Menu and disc support are a no-brainer):

A picture is still worth 1000 words: The difference is just as clear here between DVD and Blu-ray as it is in the comparison of the iTunes Digital Copy and Blu-ray images from the motion picture 2012 in my review of the UJ-267. Look at the particle effects and the light shimmer on the water surface in this image from these stills from the 2011 motion picture Thor. It is evident which one is the DVD and which one is the Blu-ray. 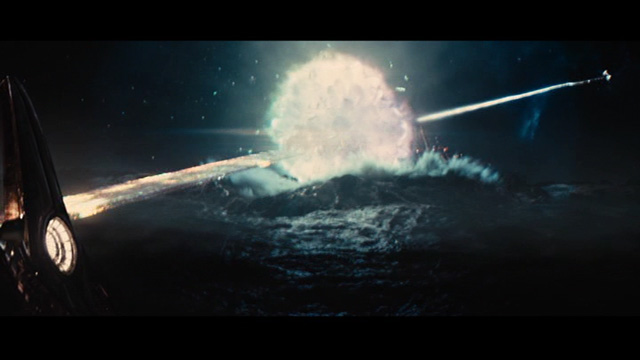 Screen capture from Thor DVD, reduced from 853 to 640 pixels wide. 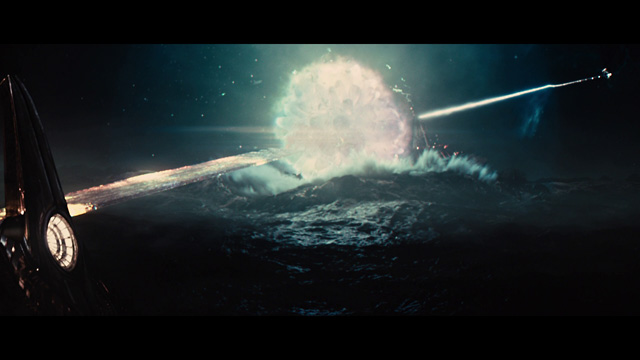 Screen capture from Thor Blu-ray shows a lot more detail, even when reduce from 1920 to 640 pixels wide. 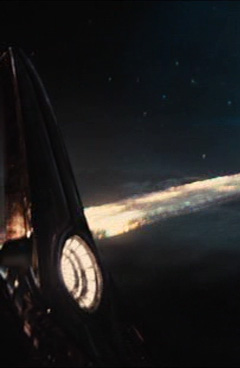 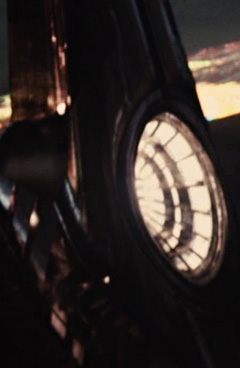 Blu-ray is truly amazing and is the only current standard for store bought, commercially developed HD video on physical media. Sure, there are lots of options in the cloud for streaming services (Vudu, Netflix, and Hulu Plus, to name a few) that can also put out some excellent HD visuals, but when you don’t have a live Internet connection and want to enjoy HD movies on the go, Blu-ray is the best solution.

Purchasing Blu-rays and using a Blu-ray drive with your Mac (especially an internal drive such as the UJ-267 or UJ-167 with the MacBook Pro) with Mac Blu-ray Player can provide you with endless entertainment possibilities in gorgeous HD resolutions. The 1920 x 1200 display of the now discontinued 17″ MacBook Pro is ideal for enjoying those videos.

Mac Blu-ray Player already works well for what it does. I recommend this product for anyone with a Blu-ray drive and a collection of Blu-ray discs. Despite the fact that it’s the only solution that makes playing Blu-ray discs simple on the Mac, the Macgo team does not seem to be resting on its laurels and is making constant improvements to the product. As of now without any other bug fixes, I can say that it’s absolutely worth the current purchase price.

The internal drives I’ve discussed combined with the Macgo Blu-ray Player create an elegant solution for Blu-ray viewing on the go and will allow you to play your discs and make back-up digital HD files. Just don’t forget that the digital back-up files you create from your Blu-rays are quite large, taking up to 25 GB of space from a single-layer Blu-ray and up to 50 GB from a dual-layer disc.