I have been a writer for over ten years. Before writing for Low End Mac, I was a professional business journalist writing for both UK and international magazines.

There is nothing more annoying than putting together an article, writing it up, correcting it until you are blue in the face, dropping it into an amazing design layout, and having it printed in the thousands – only to find a mistake in it. Every time you see that article, you are instantly reminded of it.

An article undergoes a lot of rewriting, tweaking, and moving around. Sometimes I even get midway through one and leave it. Either my head is not in it or I just have other things to do. Then when you come back, you might write in a slightly different style or tense.

Reading and correcting work onscreen is notoriously difficult. After a while you see what you want to see, glossing over the mistakes, because in your head it is fine. Printing out your work either in straight text or in its design layout is a great way of reading it from a different place or getting someone else to proofread it.

However, if you don’t have access to a printer or somebody else willing to read it through for you, there is another option, one that I have adopted over the past few months and has become an invaluable tool. It is Text to Speech. 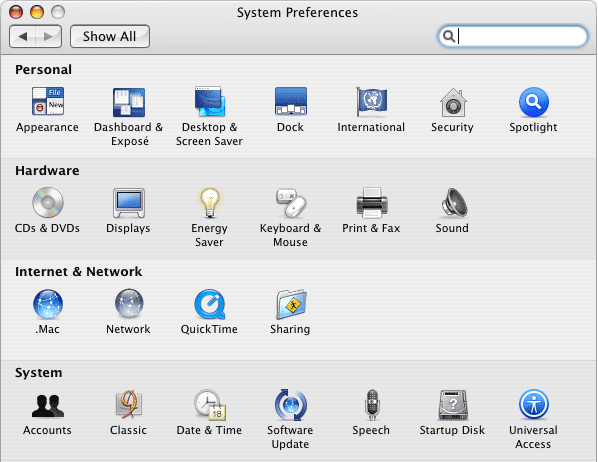 Text to Speech is a feature of the Mac OS that has been there for a long time, but it’s rarely used by most.

Adapted from the Wikipedia article on Speech Synthesis:

“The first test-to-speech system integrated into an operating system that shipped in quantity was MacInTalk. The software was licensed from third-party developers Joseph Katz and Mark Barton and was featured during the 1984 introduction of the original Macintosh computer. Since the 1980s, Macs offered text-to-speech capabilities using MacInTalk. In the early 1990s, Apple expanded its capabilities, offering systemwide text-to-speech support and different voices. With the introduction of faster PowerPC-based computers, they included higher quality voice sampling.

“Starting as a curiosity, in 1993 the Mac’s speech system has evolved into a fully supported program, PlainTalk, for people with vision problems. VoiceOver was for the first time featured in Mac OS X 10.4 Tiger. During 10.4 and the first releases of 10.5 Leopard there was only one standard voice shipping with Mac OS X. Starting with 10.6 Snow Leopard, the user can choose out of a wide list of voices. VoiceOver voices feature taking realistic-sounding breaths between sentences, as well as improved clarity over PlainTalk at high read rates. Mac OS X also includes say, a command-line based application that converts text to audible speech. The AppleScript Standard Additions includes a say verb that allows a script to use any of the installed voices and to control the pitch, speaking rate, and modulation of the spoken text.” 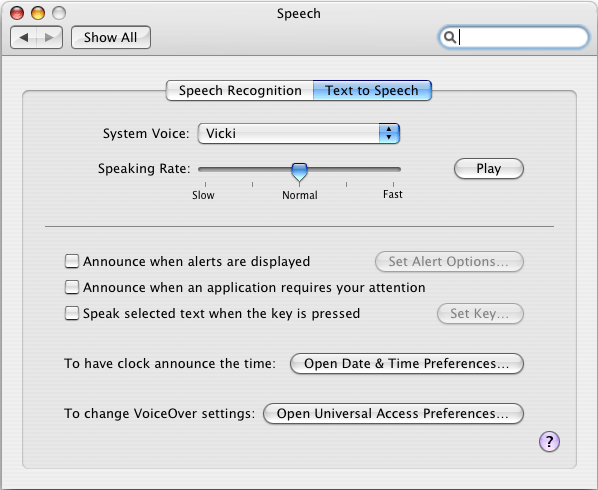 To enable it, go in to your System Preferences and select Speech or Dictation & Speech (depending on your version of OS X). Halfway down there is a tick box labelled Speak selected text when the key is pressed – it will show you the default key combo. (You can change this if you want to.)

Then simply go to your text, highlight it, press the Option and Escape keys, and it will read it out to you. The pronunciation and fluency is pretty good. I was very impressed. There is a range of voices to choose from, Alex being the default.

Hearing your text read out loud by someone else is very handy. If you don’t look at the text, you can spot a mistake by ear so much easier. Then simply go back and correct it – and then set it off reading again until you are happy with the whole thing.

This can be a great tool for anyone writing anything, be it an article or just a letter.