Photoshop began life as a program called Display that was made to display grayscale images on a monochrome display. Photoshop has grown to support layers, filters, brushes, text, 3D objects, video, and much others.

In 1987, Thomas Knoll, a PhD student at the University of Michigan, discovered that his new Mac Plus couldn’t display grayscale images on its 1-bit black and white display. Because of this, Thomas began coding a program to do the job. 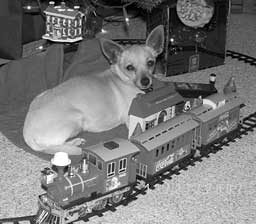 Thomas’s brother John, an employee of George Lucas’ Industrial Light & Magic, soon showed interest in the project and recommended that it be developed into a full image editing program; it was at this time that the program was given a name: Display. Thomas took a six-month break from his studies to develop the program.

By 1988, Display had been renamed ImagePro and had enough features that the brothers decided to try to sell it commercially. ImagePro, which by then had been renamed Photoshop, was rejected by every company they came to, aside from Adobe. However a suitable deal was not reached with Adobe, and the brothers struck a temporary deal with scanner company, BarneyScan, to distribute Photoshop under the name BarneyScan XP. The deal was not forever, and when the contract ran out, the brothers returned to Adobe and sold them the wholesale rights in Sept. 1988. The brothers continued to work on the product, and in 1990 Photoshop 1.0 was released.

Photoshop 1 (1990.01) requires a 8 MHz or faster Mac with a color screen and at least 2 MB of RAM. The first release of Photoshop was successful despite some bugs, which were fixed in subsequent updates. Most users ended up using version 1.07. Photoshop was marketed as a tool for the average user, which was reflected in the price ($1,000 compared to competitor Letraset’s ColorStudio, which cost $1,995).

Photoshop 2 (1991.06). Photoshop 2.0 added support for paths, which allow the user to create and manipulate line based drawings.

Photoshop 5.5 (1999.02) was the first version of Photoshop to be bundled with ImageReady. It also made the addition of the the Save for Web feature and the extract filter.

The first version of this FAQ was written by Matt Pearce in 1998.