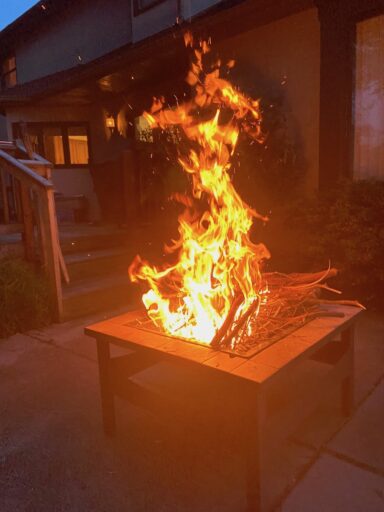 Just like the camping trips you might enjoy with family and friends, and gathering around the fire, sometimes you need a late night snack and reach for a delicious Peanut Butter and Jelly out of the cooler (or whatever suits your fancy that goes together well) and slip into a few moments of pure bliss and satisfaction.  PB&J is just a great combo and goes together well.  You might say to that – What’s that have to do with Low End Macs? Well – kick those legs back in your favorite Low End lounge chair/couch, etc., relax and envision yourself at that crackling campfire while I tell you!

I recently had the pleasure of resurrecting a mid-2009 MacBook.

The mid-2009 white MacBook retains FireWire, yet gains something really important – a real GPU in the Geforce 9400M that’s capable of gaming, OpenCL and multiple other tasks. 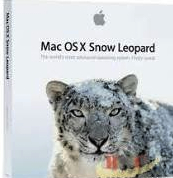 Snow Leopard by many fans is the best version of a Mac operating system ever made in the Intel era and the last dubbed “Mac OS X” (Lion through El Capitan were just known as “OS X”). It also is the last to offer support for PowerPC applications through “Rosetta” and is the last to officially support Apple’s Front Row media application.

While an 11 year old Mac does not sound so glamorous, given this machine’s age and the fact that it was a consumer Mac, most would say – why bother tinkering with that? The thing is that there’s much more than meets the eye here if you get the right pairing of ingredients (just like a good PB&J).

This Mac when I got a hold of it felt like it was struggling with its rotational drive and running El Capitan on the 4 GB of RAM it had installed.  Just like anything in life, this might not have been the ideal combo.  It worked, but the end result was not as fulfilling as it could have been, and I knew just the cure.  Out came the rotational drive and in came a SSD.  In this case, an average performing SSD is fine given the SATA II bus speeds of the MacBook – so I dropped in a slightly older 250 GB Samsung 750 EVO and installed Snow Leopard, left iTunes on 10.6.3 to enjoy Front Row, Cover Flow and all it has to offer and also installed Chrome 34 to use in place of Safari 5.1.10 for typical browsing.  I also replaced the dead battery for a cheap $22 replacement from Amazon, but the 3600mAh is pretty skimpy.  It’s not bad for being off the charger for a couple of hours at a time, but that’s about it.  I may look for a better battery.

Needless to say (and stating the obvious here), the overall performance has felt like night and day after installing the SSD.  Boot times are practically instantaneous (around 10-15 seconds from chime).  Finder performance is ultra snappy, YouTube and general web is much more enjoyable.  This feels like a new Mac now.

Sure, I could probably upgrade it back to El Capitan (last officially supported OS for this model) or even use the dosdude1 Mojave patcher tool and install Mojave considering I moved up to a SSD, but this machine still has 4 GB of RAM.  It might get by on 10.11 – 10.14, or *gasp* even 10.15 Catalina (again with the patcher) with 4 GB, but to really push the limits and gain some real modern use I have a feeling 6 GB will give it the breathing room it needs.

I probably will partition this Mac’s SSD and do some experimentation starting with a patched install of Mojave just to see how it works anyway.  Will I enjoy either of these recent OSes as much as Snow Leopard on this Mac?? Probably not.  There’s just something about Snow Leopard on the machines that were being sold during that same era that draws me in and feels extra special.  The performance, ease of use, Rosetta compatibility (for PowerPC based applications), native Front Row support and I’m sure a few more things I could think of make it an absolute treat to use.

Snow Leopard to me is that campfire PB&J (or whatever snack you enjoy the most) that you look forward to, while pretty much everything after it is like eating your veggies.  You need to stay current and healthy (in this analogy by keeping at least a partitioned copy of a somewhat recent version of MacOS on your machine), but you’ll always have that PB&J staple to fall back on (in this case Snow Leopard) if you have the right mix.

I’ve always wanted one of these MacBooks.  They were plenty powerful (even for gaming) thanks to moving to a Penryn Core2 Duo and the Geforce 9400M. Demanding games of the era when this Mac was released (such as Doom 3) enjoyed respectable framerates on this machine.  The GMA X3100 and GMA 950 on the other hand that preceded the Geforce 9400M on the other non-unibody polycarbonate MacBooks cannot play Doom 3 at all.  You’ll get a nice 2-5fps slideshow on a GMA 950 2006-07 MacBook and a stammering 8-15fps on a 2008 with the X3100 (in shot – unplayable).  On the other hand, the Geforce 9400M combined with the fast Penryn 2.13 GHz Core2 Duo will give you buttery smooth 30-60fps on Doom 3 and even under heavy action you’ll be able to consistently enjoy the game on Medium settings.

I have already found typing on this Mac to be enjoyable.  The keys on the White MacBook frankly seem more tactile and springy than my early 2011 17″ MacBook Pro and my 2012 15″ Retina MacBook Pro.  If not for the chronic problems these non-unibody MacBooks had with plastic chipping around the bezels and palmrest areas, these would probably be getting snapped up a bit more by collectors right now.  The presence of FireWire to me is another big winner.  Despite the late 2009 and 2010 unibody MacBooks being much more upgradeable (the 2010 can take a full 16 GB of DDR3 RAM), having a much faster GPU (Geforce 320M was a big jump over the Geforce 9400M) and not being nearly as prone to the chipping issue that plagued the 2006-mid 2009 MacBooks, the late 2009 and 2010 unibody MacBooks don’t have FireWire.  This has always been an invaluable tool to me.  Everything from the quick convenience of Target Disk Mode, much better sustained data rates for large file transfers versus USB 2.0.  Lacking FireWire on the unibody MacBooks always seemed to feel like a downer, so to me that’s what made the mid 2009 a winner (of course along with the still respectable Geforce 9400M versus the pedestrian GMA graphics of the predecessors).

In closing, I suppose I want to just say that these mid 2009 MacBooks tend to go under-appreciated for the mix of features they have with support for Snow Leopard while retaining FireWire and being able to be patched to run the very latest MacOS (even if Catalina is the end – it was quite an 11-year run so far). They also kind of harken back to the days of the white iBook G3 and iBook G4 from the PowerPC era and those too were decent consumer machines (albeit for a few of their own flaws at times).  For the mix of everything these mid-2009 MacBooks provide, while giving off a bit of a nostalgic vibe, you just can’t beat that.

The fire is going out now.. It’s time to turn in.  Enjoy the last bites of those PB&Js (or whatever your favorite late night campfire treat is that has its perfect compliment), and appreciate the great satisfaction it provides, just like how this MacBook is right at home with Snow Leopard.  Don’t forget to eat those veggies and stay healthy with an occasional dose of Mojave or Catalina too!