It has been almost 10 years since I published my article Back to Mac OS 9, Because It’s All I Need on Low End Mac. Lots of things changed in my life since then – I got married, became a dad of three kids and I changed my job. But one thing remained in my life – Mac OS 9.

One could certainly ask if something is wrong with us for sticking with a 20+ year old operating system. Everyone has his/her individual answer to that. To me, Mac OS is the pinnacle of Personal Computing. I’m reminded of it every time I tweak my system to better fit my personal workflow.

Seeing that there is still life in our community, I decided to undust my old Edelweiss column on Low End Mac. I hope to cover the latest news on Mac OS scattered around the web. And I’d like to share some practical “how-to” tips for using your Mac OS9 machine in today’s world. Because you can still do many things on them once you realize that a computer is not just a terminal to Facebook / Google / Amazon.

That said, let’s start our first LowEndMac OS9 news roundup. Bear in mind that we have to catch up with some news, so forgive me if some stuff is rather added for the sake of completeness rather than currentness. 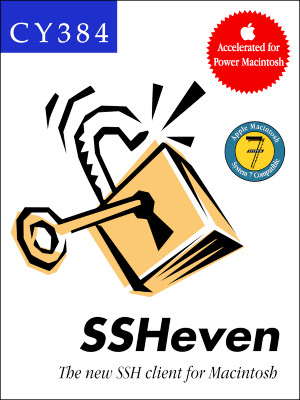 Thought SSH and Mac OS was a dead end? Well, not so much anymore. “CY384” created a new SSH client for Mac OS 7 / 8 / 9. While still in an early version, it is “a functional SSH client with decent terminal emulation, able to run programs like htop and nano” as the author puts it. Needs a ‘040 Mac or PowerPC machine. Definitely one very exciting project to keep an eye on!

Every once in a while we still see cool new software for Mac OS released. Ivan Holmes’ MPD client (Music Player Daemon) for Mac OS falls into that category. Ivan created an app that lets you use your vintage Mac to connect to an instance of MPD running on another machine. If you’d like the music to play through speakers connected to your Mac, you can set up your MPD to output to an MP3 stream and then configure MacMPD to play this. Full feature-list, screenshots and downloads can be found over on his website. 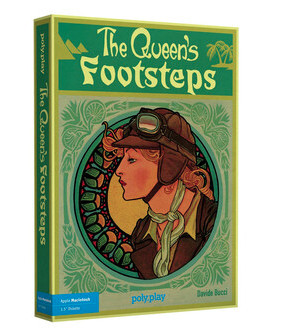 When was the last time you bought a new boxed & sealed Macintosh game? Too long ago? Then this might be your chance! The Queen’s Footsteps is a new Interactive Fiction (think Infocom!) game in which you play a female archeologist going on an adventure in the world of 1904.

The boxed copy is around 20$ + shipping and includes a floppy disk of the game as well as some goodies (a poster, stickers, …). If you’re the modern minimalist who likes his stuff only virtual, you can also download the game for free. (but it’s only half the fun, really)

The game requires System 7 and a 68000 CPU. Maybe a good reason to undust your old Macintosh SE.

The Macintosh Garden has added two interesting new features – one is a very lightweight image uploader. Upload and share photos & screenshots directly from your old Mac. Pick an image and upload. You’ll get an URL for sharing. According to the Garden, there is no time constraint and the images retain full quality. However, 3 MB is the upload limit. I prefer it over any other solution on the web because it’s ad-free, reliable and fast.

The second new feature is essentially a free web hosting. After sign-up you’ll receive 100 MB of storage on their server. Using an FTP client like Fetch or Transmit you can upload your assets & stuff or using it to put up a simple Website. There’s no support for PHP & databases, but then it’s completely free! If you feel you missed out on something because you never had your very own geocities website, well … this is the closest you’ll ever get!

And that is it for now! Make sure to let me know if I missed out on something and I’ll gladly add it to this or the next Mac OS news roundup. In the meantime, stay healthy and enjoy the time with your trusty old Macintosh.

Cornica attempts to recreate late 90s media fascination of the young internet. It’s essentially an archive of Apple related video clips – served solely in Quicktime format. There are low-resolution versions for 68K Macs as well as “high resolution” ones. Bear in mind, high-res in 1998 was something like 640×480 :-)

The page was specifically written in HTML 3.2, so you can take good ol’ Netscape out of the garage for a test drive. Great trip back to our youth on a rainy saturday …