Prior to OS X, Apple had a rock solid operating system that was fast and stable, but by the time Mac OS 9 was released in 1999, it was looking very dull and dated, especially compared to what Microsoft was offering in the shape of Windows NT 4 (released July 1996), Windows 98 (released June 1998), and Windows 2000 (released February 2000).
In my opinion, Windows 2000 was one of the best versions of Windows ever released: graphically pleasing (for its time) and built on NT rather than 9x, making it rock solid and very fast. 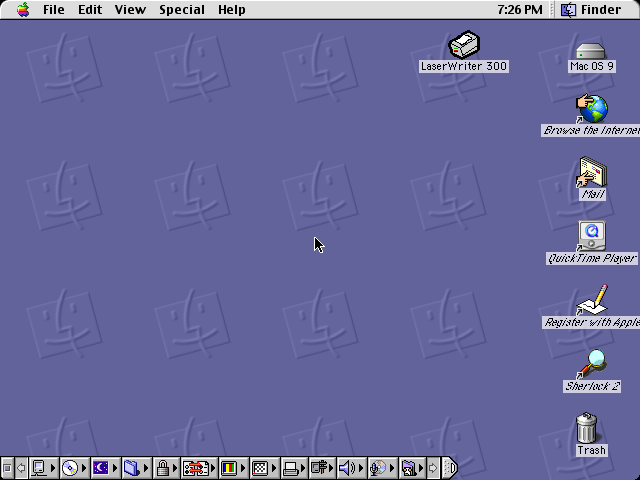 Mac OS 9 was very space efficient but already looked dated when released in 1999.

Apple had been working on what would become Mac OS X since 1996, when it purchased NeXT. The next few years would see Apple transform it into a Mac operating system running on PowerPC hardware, and Apple released the Public Beta of Mac OS X in 2000.

This article is about Mac OS X 10.4 Tiger, but to fully appreciate it you need to have transitioned through earlier versions. 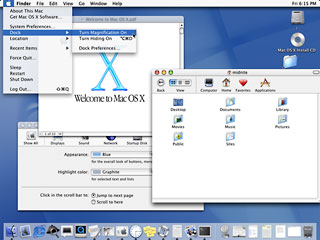 Wow! was my first impression of OS X. Coming from the dull and clunky looking OS 9, this new OS was slick, animated, transparent, and absolutely gorgeous – albeit not quite fully functional and missing a few things.

OS X 10.0 Cheetah (released in March 2001) was the first official release version, but it was not much better than the Public Beta. 10.1 Puma (Sept. 2001) was released as a free upgrade to 10.0. It was an improvement. It featured bug fixes, speed improvement, and more customisation.

OS X 10.2 Jaguar (August 2002) was the first version I would call useable as a main OS, but it was still clunky and slow. 10.3 Panther (October 2003) was steadily making progress and was a massive improvement over 10.2. It was faster but still clunky in my opinion. It was the first version of OS X to increase its hardware requirements, requiring built-in USB – and thus cutting out some very early G3s (although easily worked around). 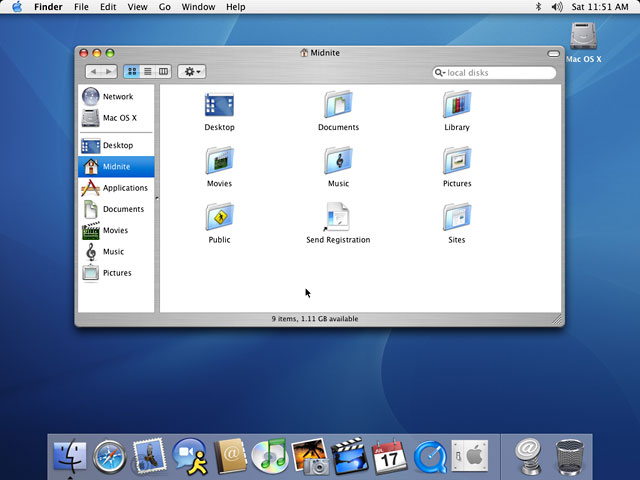 Then on April 29, 2005, Apple released Mac OS X 10.4 Tiger. This was a landmark version. At a running time of 30 months, it is also the longest serving version of OS X ever released, which just adds to the fact that it is an amazing OS. Tiger once again increased hardware requirements, requiring built-in FireWire, 256 MB RAM, and by default a DVD drive (although a CD version could be order from Apple), although this is also easily worked around.

For the most part, OS X 10.0 through 10.4 could run on the same hardware, apart from the extra port requirements, but hiking up minimum hardware requirements was a trend Apple would follow with the next versions of OS X. 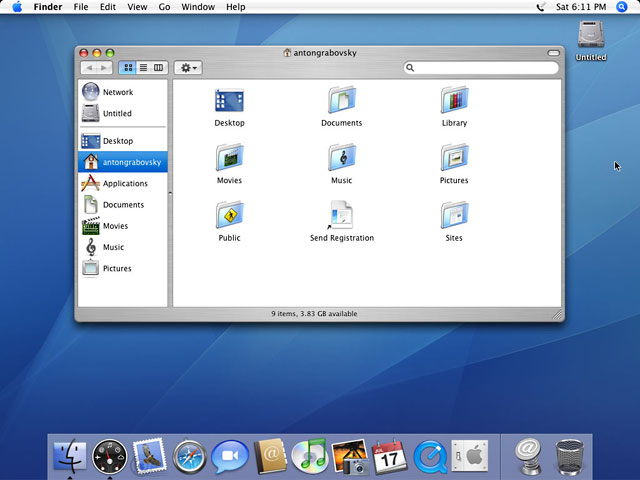 With Tiger, Apple really turned OS X around. It was faster, more streamlined, incredibly stable, and added Spotlight, Dashboard and widgets, and Automator, as well as new graphics processing systems in the form of Core Image and Core Video. It also improved a number of previously introduced apps and features.

A long debated topic (even today) is Panther vs. Tiger, with many claiming Panther is faster and more stable than Tiger, to which I totally disagree. Panther came with my eMac G4 in 2004, and compared to it running Tiger, Panther was slow and clunky. I have since run Tiger on every compatible Mac I have owned, including G3 iMacs and iBooks. Tiger even ran better Panther on a Lombard PowerBook G3, which doesn’t officially support it.

With the switch to Intel processors in 2006, Apple revealed it had been secretly working on Intel versions of OS X from the beginning, and OS X 10.4.4 was the first Intel version. The versatility of Tiger can be seen in the fact that it can run on a 300 MHz G3 all the way up to a 2.4 GHz Core 2 Duo (the 24″ Mid 2007 Intel iMac, which was one of the last Macs to be sold with Tiger).

Unlike OS X 10.5 Leopard, which replaced Tiger in October 2007, there were two separate versions of OS X 10.4 – one for PowerPC Macs, the other for Intel Macs. Although there were universal binary applications that could run on both platforms, Mac OS X did not become PPC/Intel universal until Leopard arrived.

There are two landmark versions of OS X, ones that have been hard to pull developers and end users away from. One of them is Tiger, the last version to support Classic Mode (but only on PowerPC Macs). The other is OS X 10.6 Snow Leopard, which is Intel only and the last version to support PowerPC apps. Both have a strong following of users who either can’t upgrade to 10.5 Leopard (which is not compatible with G3s) and 10.7 Lion (which requires a Core 2 Duo or newer Intel CPU and was the first version of OS X without support for PowerPC software) respectively, think their hardware would run less efficiently or would kill off their current versions of software.

Tiger holds a special place for me. Being a low-end Mac user, most of my Macs have been unable to run anything higher, meaning I held on to it longer than most versions of OS X. Computing progress forces people to move on, and Leopard is a great OS, but it raised the bar immensely in terms of hardware requirements, and then Snow Leopard dropped the whole PowerPC architecture, leaving Tiger even further behind.

Apple will have to try hard to match the excellence of Tiger in future operating systems. Snow Leopard is a worthy runner up, but it falls short of the vast hardware range supported by Tiger.