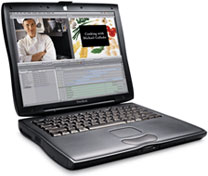 The last PowerBook G3 model, referred to as the Pismo, is fondly regarded as the ultimate PowerBook by many, and I tend to agree.

Introduced on February 16, 2000, in true low-end style, I didn’t get my hands on one until 2008 – and it was well worth the wait. I had previously owned a couple of Lombards, the model before the Pismo, but each time I secretly wanting a Pismo. Even eight years on, they commanded a high price.
My first Pismo wasn’t stock. The standard hard drive had been replaced with a 5400 rpm 40 GB Western Digital, system memory had been upgraded to 1 GB, and it had an AirPort Card fitted. It didn’t come with an optical drive at all, but luckily I had a spare DVD drive from my Lombard, (Lombard and Pismo drive bays are compatible with each other). That Pismo was the higher-end 500 MHz G3 model, rather than the more common 400 MHz one. It was running Mac OS X 10.4 Tiger, and it smoked along.

This was fast. Okay, it was a G3 when we were well into the Intel and OS X 10.5 Leopard age, but this thing was not slow. I had a 500 MHz iBook G3 too, one with 640 MB RAM, and it was so slow. In comparison, the Pismo was much faster. After all, the PowerBook range was business oriented and high-end, whereas iBooks were cheaper, slower, and aimed at the consumer market – and this is noticeable in performance.

The PowerBook G3 range had progressed a huge amount by the time it got to the Pismo, the fifth model in the series. 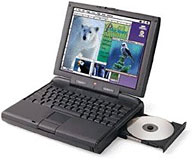 The first G3 PowerBook, the Kanga, was nothing more than revamped PowerBook 3400 with a 250 MHz G3 CPU. It is the only PowerBook G3 not capable of running any version of Mac OS X at all. It also kept the looks of the 3400. 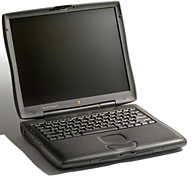 The WallStreet PowerBook G3 reshaped the product line with smoother lines and curves, came in three speeds (233, 250, and 292 MHz), and could run Mac OS 8 up to Mac OS X 10.2 Jaguar officially. The PDQ PowerBook G3 was virtually identical to the WallStreet, but with minor changes, a speed bump (233, 266, and 300 MHz), and Active Matrix screens throughout all versions. Often the two models are confused, and PDQs are often referred to as WallStreets, when they are not. 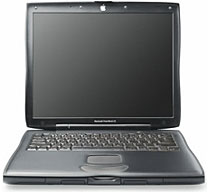 The Lombard was a minor redesign with a more modern, flatter, laptop-style keyboard, built-in USB, no ADB port, faster processors (333 and 400 MHz), and better graphics. It was slimmer, too (1.7″ vs. 2.0″). It could officially run Mac OS X 10.3 Panther, although the only thing stopping it running 10.4 Tiger was the lack of FireWire.

The Pismo doubled the system memory limit from 512 MB to 1 GB, increased the system bus from 66 MHz to 100 MHz, had AGP graphics, lost the SCSI port, introduced built-in FireWire to the PowerBook family, and was the first PowerBook with an internal AirPort Card slot. The processor speed was also a big improvement, topping out at 500 MHz. With all these changes, it really was a massive improvement over the Lombard. 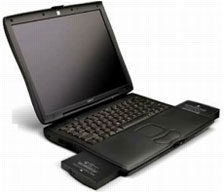 With removable drive/battery bays, it made upgrading very easy and also gave you the option of removing the optical drive and replacing it with a second battery, thus extending your battery life. This is something that has never been repeated in an Apple portable and is one of the main complaints about PowerBooks after that.

An upgraded Pismo really was a powerful beast, and even with the release of the PowerBook G4 TiBook, under certain circumstances – namely those that do not take advantage of the AltiVec engine in the G4 chip – the G3 Pismo could outperform it.

There were a few after-market 550 MHz G4 upgrades available for the Pismo, and when installed they really improved performance, only held back by the relatively slow system bus and older hardware. A G4 Pismo blew both a G3 Pismo and G4 TiBook out of the water. A friend of mine lent me his G4 Pismo to perform some comparisons, and performance really was incredible.

The whole PowerBook G3 range was built to last in terms of build quality, strength, and endurance of hardware. Even today, 12 years after the birth of the Pismo (and 14 years after the introduction of the Kanga), they are still going strong, many with their casings still in great condition.

Upgrading the Pismo is easy, one of the easiest machines to get into. Flip the keyboard forward, and you have access to the RAM, the AirPort Card, as well as the hard drive – something that requires a complete strip down and a spare few hours on an iBook. The optical drive is ejected (the drive, not the CD or DVD) by a lever on the front and can be swapped in and out within seconds while the machine is running.

I am writing this on an iBook G4, and while it is lovely, it lacks the presence, style, and sense of durability that the Pismo had. I dropped my Pismo a few times without any harm coming to it. I am afraid if I did that to my iBook, it would be the end of it.

As good as a machine is, something more powerful always comes along, and I had the opportunity to purchase an 867 MHz Titanium PowerBook G4 with a smashed screen. The Pismo made way for the G4, and while the G4 was obviously more powerful and became one of my longest serving Macs, it lacked that special something a Pismo had.

At the beginning of 2010, I took a break from the Mac world, sold my PowerBook G4, and moved to Linux. While it was good experience, I soon realised it was big mistake, and shortly after I picked up a 500 MHz iBook G3, and then my second Pismo. This time it was a 400 MHz with only 768 MB RAM, and while it beat the iBook hands down, it was still a G3 in 2010, and the computer and the Web world had moved on.

It was still a great machine and great experience.

* Apple should bring Pismo back in a new 2012 form. Same design, same build quality, but stocked with a Core i5 or i7 processor running OS X 10.7 Lion.